I’m starting to think they don’t care! Minorities are feeling threatened across this country but people in positions of power are ignoring them. What must happen for others to see that our lives matter too? You may be tired of hearing it and trust me I’m just as tired of having to talk about it. That doesn’t give me the luxury to not talk about it!

Apparently the world only prays for a certain group. Or maybe we only pray for certain groups because major news outlets only reports on certain groups. We shouldn’t get mad when one groups tragedy is highlighted but we should demand to know about whats going on in the world so we can pray for everyone when disaster strikes.

After another school shooting, America is left mourning the loss of innocent victims and the conversation of gun control is yet again at the forefront of our discussion. Some say the 2nd Amendment should be left untouched and others say just enforce the law in place. However, it is harder to get a driver’s license than it does to get a gun. Shouldn’t something be done to protect the right to life?

Let me know your thoughts!

In case you were living under a rock this past week you may have missed the big hoopla about the Pope visiting the United States.  It was a pretty big deal. The first family greeted him at the airport, he made a house call over at Capitol Hill, spoke with the folks at the UN and chilled with the those less fortunate. Outside of having mass and christening babies, he made a few speeches that ruffled people’s feathers.  Okay the truth is, I have no idea if these people were really offended or maybe it was just a slow news cycle.  The topic at hand was “is the Pope too liberal?”

I don’t know why we are so quick to make everything a political agenda. The Pope is not running for president of the world, he’s not out trying to topple governments.  He’s just spreading the gospel. I’m not sure he wants you to “give and give until we are poor” just more like be more conscious and practice true religion of taking care of those less fortunate (James 1:27).  These folks making me preach and it ain’t even Sunday!

Take a look at the Weekly Update for Sweet Tea and Sass and let me know what you think. 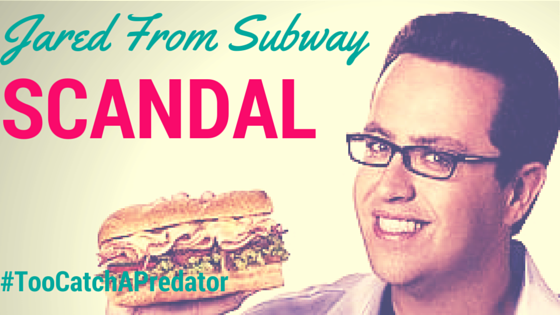 Add to the list of things that I have no patience for “Grown men who are attracted to and act upon their attractions to kids under the age of 18.”

Yeah, I really don’t care if the age of consent in your state is the age of 16—grown people who actively pursue children are horribly disgusting and “allegedly” Jared Fogle former Subway spokesperson falls into this group of people. Not only am I disturbed but I am also wondering how Chris Hansen missed out on this! It’s not too late to think about doing a “To Catch a Predator” celebrity edition! 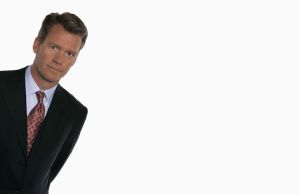 P.S. I think its awesome that he went to Kickstarter to bring the show back!

Anyway, check out Episode 5 and let me know your thoughts!